Albert Cohen – the engine of the magazine “Bulgarian Photo”

Less than a month ago, it was an 100th anniversary of the birth Albert Cohen /1921 – 1986/. This anniversary seemed to be missed, with one small exception – article in the archives of the BNR a>. Younger readers are probably wondering who this photographer is and why I raise the issue of him. Let me start by saying that he is a writer, publicist, playwright, film critic and journalist. From the end of 1966 to the middle of 1967 he was the director of the Bulgarian Radio. A year later he became editor-in-chief of the Bulgarian Photo magazine and held this position until his retirement in 1976, giving the initial direction to the publication. Did I convince you that Albert Cohen is an important member of the Bulgarian photographic community?

Albert Cohen was born in Sofia to a family with Jewish roots. In his youth he attended the Jewish Community Center, where he met with leftist ideas. In the period 1942-1944 he was a political prisoner, and after the change of power he became one of the organizers and leaders of cultural activities in the then youth movement.

In 1948 he became the editor-in-chief of the Narodna Mladezh newspaper and turned it from a weekly into a daily. Following are editorial positions in Otechestven Vestnik and Nasha Rodina magazine. In the latter, he published travelogues and essays, collected later in the book Roads and Stops (1962). He is the author of numerous short stories, feuilletons, reports and works of fiction.

In 1957 he married the actress Iskra Hadjieva and a year later they left for Paris, where Cohen was sent as a correspondent for BTA. Upon his return, he began working in film criticism and became a member of the Management Board and chairman of the “Criticism” section of the Union of Bulgarian Filmmakers.

Bulgarian Photo Magazine is headed by Albert Cohen. On his initiative, the Youth Club BF ‘70 ”and the competitions“ BF Competition ”,“ I shoot well ”and“ Our everyday life ”were created. The publication addresses photo enthusiasts, presenting the work of regional photo clubs and their interests. The magazine has also been accepted as a regular member of Intercamera – Prague, as well as a co-organizer of the international photo contest “Pentacon-Orvo”. A series of publications for in-depth research in the field of the history of photography in Bulgaria begins. Under his leadership, the first and only “Almanac of Bulgarian Photography” was published. Albert Cohen wrote a number of studies in the field of photographic art. Among them are: “The subjectivity of the lens”, “Time and space in photography”, “The role of text to the photo” and others. At the age of 55, he resigned as editor-in-chief after heading the magazine for eight years, but remained a member of the editorial board until his death.

“Isn’t it a secret that many of us are weak in spirit, their shoulders, bent by life’s difficulties, do not find the strength to take the burden of risk that often accompanies an open word? Man was not created for suffering and martyrdom, it is natural for him to thirst for more peace, security and joy in the thread of his life, and without it so thin, short and fragile. “

“How many times has Paris been photographed?” Albert Cohen asked us at the beginning of his article about the 1968 exhibition of color photographs from there by Avram Ignatov. He added: “Everyone has the opportunity in turn to discover Paris and keep it, both in their own memory and in the memory of the sensitive tape. Although this city is so photographed, it remains inexhaustible in its richness and diversity. Artists look at the same object with different eyes. And it so happens that this city, which seems so familiar to us, after we have lived there for a long time, suddenly appears to us in another picture or photograph – one that we have not seen or, more precisely, one that we have seen. , but with one spot or one important detail in more. It can be a turbot or a chimney, a tree or a human face – whatever it is, you immediately feel that this “something” is dug up by that infinity, which is called Paris, that it looks like a drop of water. Paris… “ 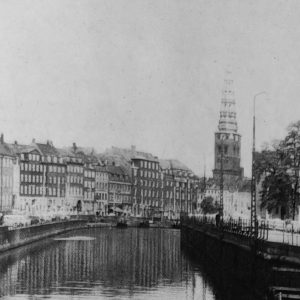 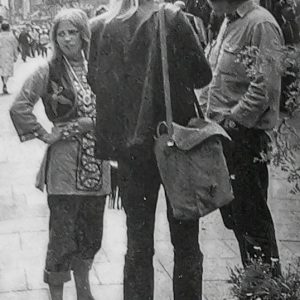 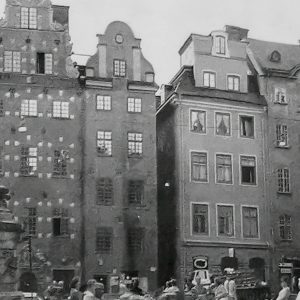 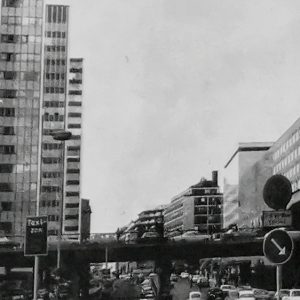 The only original photographs I found while preparing this photographic portrait were from Albert Cohen’s trip to the Scandinavian Peninsula. Here is what he shares with the readers of Bulgarian Photo magazine about this trip: “The tourist with a camera has the self-confidence of a pioneer. The booths and bookstores are full of wonderful illustrated cards of all interesting sites, but the tourist passes them. And not so much because he lidon’t want to spend money, but simply because he would like to capture all these objects with the eye of his own camera. It’s as if no one before him recorded them, as if he were the first to find them. In the end, the tourist is right: he really discovers them – for himself.

How did it feel for those who in the 1970s could only eagerly absorb these black-and-white cards from Copenhagen, Stockholm and Oslo, printed in the article in the magazine “Bulgarian Photo”? Some of us can only guess, but here’s how Albert Cohen’s story ends: “The camera is always something that burdens the tourist. It is not very pleasant to feel how a rather bulky thing weighs on your neck, and that is exactly when you want to be the lightest and most agile to cope with the tiring hiking route of the tourist. Now, when I look at my photos, I say that it was worth enduring this little pain. Many things will fade in my memory, but the photos I brought from my three-week trip to Scandinavia will always remind me of the most interesting things I saw there. The camera’s memory is more durable and infallible than our own. “

We will be grateful to everyone who is ready to join the initiative of Photoworld Club to preserve the Bulgarian photographic memory and I will look forward to your memories and photos by email: anton@photoworld.bg