Dimitar Deynov on the way from BTA to the Associated Press

You have probably come across the information that Dimitar Deynov / 1943 – 2019 / is the first Bulgarian photographer to receive a prestigious award from World Press Photo. This happened almost a decade after starting his professional career at BTA (BULGARIAN NEWS AGENCY). After the changes in Bulgaria, his photojournalism became available around the world. With the exception of the interview given to Tsvetan Tomchev, it is difficult to find other information about him. However, I received his footage, which will be published for the first time in Internet . I present to you what I have managed to gather so far, but I want to remind you that all our topics are open for upgrading. For this purpose you can write to the e-mail indicated at the end of each article, for which I thank you in advance.

Dimitar Deynov was born in the town of Kula, Vidin region. Even before he started school, his parents moved to Sofia. In 1961 he completed his secondary education and joined the Bulgarian Air Force. He accidentally fell in love with photography alongside a colleague-photographer of his brother. He shares that he has not graduated from the photographic college. His first camera was a bakelite “Pioneer”. After the barracks he applied to the Polish Film School in Łódдз, where he was ranked first. There he realizes that his place has been transformed and replaced by another candidate. He has to pass a new operator exam. Although he surprised the committee and received an excellent grade, he again had to change his choice. Thus, until 1967, he studied art history in Krakow. A year later he started working for BTA, and in 1993 he moved to the Associated Press, where he remained for 13 years. 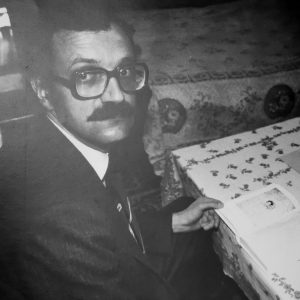 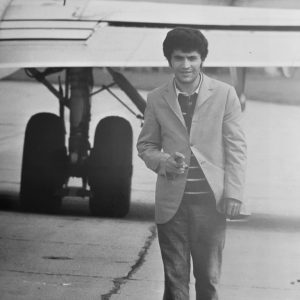 For the years in the Bulgarian News Agency

Dimitar Deynov worked for the Bulgarian News Agency (BTA) for 24 years. His first period was as a photojournalist until the fall of 1976. He followed for 12 years as deputy editor-in-chief and four more as editor-in-chief of Pressphoto. He covered many protocol and sports events on the field. One of his favorite topics is football. He has also filmed abroad – the International Festival of Youth and Students in Cuba.

I allowed myself to contact the current editor-in-chief of Pressfoto, Mr. Vladimir Shokov. Thanks to him, we publish several shots from the BTA archive. From them we witnessed the meeting between Todor Zhivkov and Francois Mitterrand, during the visit of the French President to Bulgaria in January 1989. Another is the enthronement of the new Bulgarian patriarch Maxim on July 4, 1971. The series ends with the newspaper Nevena Kokanova reading during the Varna 1967 Film Festival. In fact, Dimitar Deynov met the actress a few years earlier. When he was in the 10th grade he helped in the work of Boncho Karastoyanov and Georgi Slavchev. Then they shot the movie “Be Happy Annie” starring the young Kokanova. 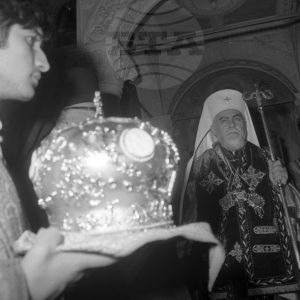 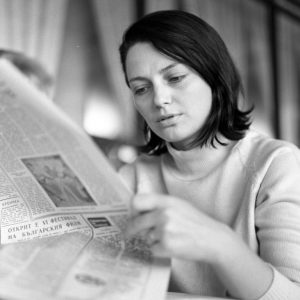 For years in the Associated Press

Dimitar Deinov started working for the Associated Press on his birthday (November 8) in 1993. He remained there until 2005, and in their archive can be viewed over 800 of its frames from this period. According to his memories, filming of protocol events was not considered journalism at the Associated Press at all. It has only happened to a president, prime minister or foreign minister. Everything else was the subject of a customer request.

“Digital technology demoralizes photojournalists. At the time – you have 12 shots in the camera and you learn to appreciate each of them. You only press the shutter button when you’re sure it needs to be taken. Because one has to think about the picture first. For a split second, even if it is, but to see it, to judge if this is what you need. “

As a photojournalist for BTA, Dimitar Deinov visited Vietnam in 1973. He arrived there on March 3, when the peace agreement between North Vietnam and the United States was signed. Then, after the last bombing of Hanoi, a picture was taken of nurse An Lee. That night she was on duty and the bombs fell in series. She heard an explosion near their house and ran to see what was happening. At that moment, a bomb fell on the clinic. So she survived, between two explosions, but lost her family. It was the shot in which she holds a portrait of her children that won first prize in the “A view of woman” category at World Press Photo in 1975. He also received a second prize from Interpressphoto. Another photo from a dugout where children study received a special award from GDR Culture Minister Margot Honecker. It is a briefcase with a Praktika camera and three lenses – the first “professional nice personal camera”, the photographer recalls. The footage from Vietnam numbers approximately 100 black and white films.

A man of the desert

In the site for history through the lens “ My century ” I find a story by Dimitar Deynov himself about the photo from 1984, in which Todor Zhivkov and Muammar Gaddafi lay down on the carpet: “One of Zhivkov’s visits to Libya is the photo on the carpet in the desert. The whole visit was full of surprises for me. Early in the morning there was a meeting in the tent of Muammar Gaddafi, we went there and filmed what could be photographed. We continued through the desert. At one point, the convoy of cars stopped surprisingly. I grabbed my bag and saw Gaddafi’s guards stretching a carpet. So at that moment they were sitting down to discuss important issues, the initiative came from Gaddafi, and so, on the ground, in the middle of nowhere, they were negotiating. Gaddafi liked to flaunt that he was a “desert man.”

We will be grateful to anyone who is ready to join the initiative of the Photoworld to preserve the Bulgarian photographic memory and I will look forward to your memories and photos by email: anton@photoworld.bg