Dimitar Viktorov Georgiev / 1942 – 2020 / is a name in the Bulgarian Photojournalism Guild, which we must not forget. I admit that a year ago, when I came across the news of his death on Facebook, I had not personally heard his name. A year later, after some delay, I can tell you what I learned about his life and work. I’m sure the text below is just the tip of the iceberg, and his photographic archive, collected in several boxes, hides unseen evidence from the past.

I begin by thanking his wife, Annie Levy, who was so kind as to open the book with memories of the photographer’s professional past. Also to her nephew – the artist Victor Levy – for the portrait of Dimitar Viktorov that we use. Here again I will thank the editorial office of “Pressphoto” in BTA for the photos from the archive that we can publish. Until the completion of this portrait, we did not receive a response from the Duma newspaper, but as we have said before – everyone is invited to join the conversation about the past of Bulgarian photography and each article can be supplemented in time. After this personal introduction I invite you to the world of the photographer Dimitar Viktorov.

Dimitar Viktorov was born on March 6, 1942 in Sofia. He initially began studying medicine and even completed three semesters before deciding to change his field. He enrolled in the technical school of printing and photography, and after graduating in 1970 he started working at BTA. Sixteen years later, he moved to the Rabotnichesko Delo newspaper, where he remained after being renamed Duma until 2003. His shots have been used in dozens of newspapers and magazines. Among them “Trud”, “Vecherni novini”, “Zemedelsko zname”, “Narodna Armia”, “Nasha Rodina”, “Balgarski pisatel”, “Literaturen front”, “Anteni”, “Continent”, “Paraleli”, “Lik”,”Nash dom”,”Jenata dnes” and many others.

His photos have been published abroad – in France, Belgium, Spain and many countries of the former socialist camp. He has been a contributor to several foreign news agencies and has been seconded to the GDR, the USSR, Poland, Mongolia, Vietnam, Tunisia and a number of other countries. He received the title of photographer-artist in 1979, and four years later received a silver medal from the Interpressphoto exhibition in Damascus for his photo report. He has participated in exhibitions under the auspices of World Press Photo. He has won many other awards. Dimitar Viktorov died on May 19, 2020.

Dimitar Viktorov is known for his footage in which he captures the assassination attempt against Todor Zhivkov in Vratsa. However, how this shot reaches us remains shrouded in mystery. In the course of his work he always carried two cameras with him. Probably this was the reason why he somehow managed to hide some of the materials in view of the fact that the services seized and classified the tapes they knew about. One way or another, the frame becomes available after the changes (Fall of Communism). It was after this period that the photographer photographed a large part of the rallies, as well as the removal of the pentagram from the Party House. In the first years of democracy, former colleagues moved to work in the opposition media. When they meet, they tell each other with laughter how each of them is given the task of looking for characters with whom to present the rally of the others in a negative light. 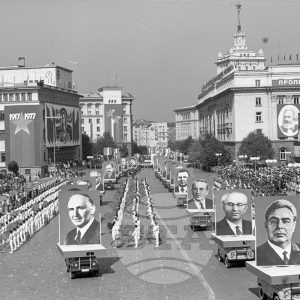 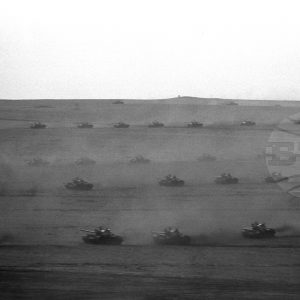 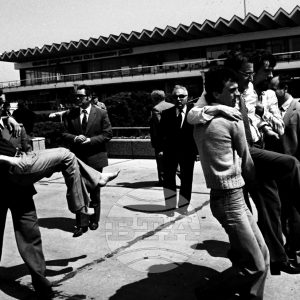 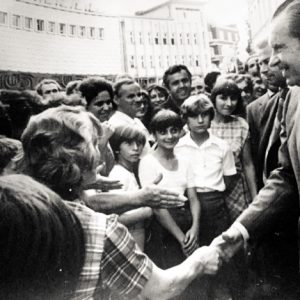 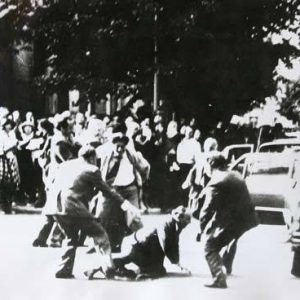 Before the changes, Dimitar Viktorov had the opportunity to photograph presidents of the United States and the Soviet Union during their visits to Bulgaria. This is the private visit of Richard Nixon in 1982, as well as the official visit of Mikhail Gorbachev and his wife Raisa. He was also personally invited to visit Palestinian leader Yasser Arafat. Since we started this paragraph with the story of one assassination attempt, we will end with another. In 1973, Enrico Berlinguer visited Bulgaria. At the moment, he is leading the Italian Communist Party. The assassination attempt is described in the book “Sofia 1973: Berlinguer Must Die” by journalists Giovanni Fazanella and Corrado Incherti. Dimitar Viktorov was traveling as part of the motorcade when the assassination attempt was made.

Life outside the realm of politics

Dimitar Viktorov was interested not only in political events. His great passion is chess, which he practices regularly during breaks between filming important events. But back to his photo archive. Numerous cultural events and portraits of prominent artists are preserved there. They are almost as many as the political events filmed. He traveled to the lands of the Bessarabian Bulgarians several times to reflect on their lives. In 1979 he was sent to Moscow for the flight of “Soyuz 33”, in which the first Bulgarian cosmonaut Georgi Ivanov took part.

In the past, American photographers have trained at the journalists’ home in Bankya. It was at such an event that a photo report by Dimitar Viktorov about the life of the gypsies in Bulgaria was highly appreciated. According to Annie Levy’s memoirs, this documentary has remained in the trainers and its traces are lost. 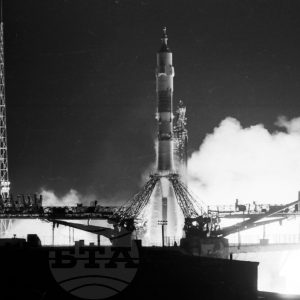 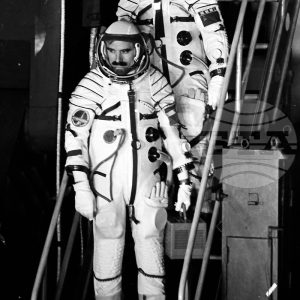 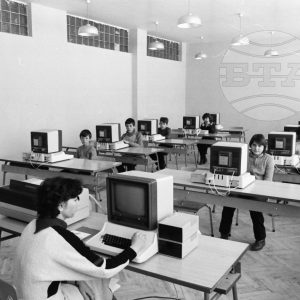 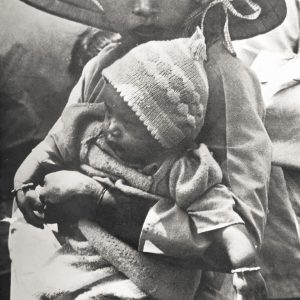 In the memories of colleagues and relatives

In Kalin Todorov’s book “Behind the Curtain of Socialism” on pages 155-156 we find an interesting case related to the photographer: “I was lucky to see in a tabloid the news that gold diggers have appeared in the Vladayska River. With the Volga of editorial office, the driver Koko and the photographer Mityo Viktorov we immediately went there. We found only one abandoned sieve, but the British reader was expecting exciting reports. And after Coco and I found tall, black fishing boots in the car, we entered the river with the sieve and Mityo took pictures of us. In the evening I stole some of Jack London’s few stories, and in the morning the report was ready and aroused great interest. It appeared on the front page under the head of the European. Our photos with Coco, the sieve and the boots were wise under the title “Bulgarian Klondike”.

BSP MP Alexander Simov also published a memoir “Memoirs, jokes and sadness from journalism”, related in part to the photographer : “Colleague Yordan Michev had changed his job – from” Monitor “to” Duma “. A week later, however, he was invited to a birthday party by a colleague from Monitor. It’s Friday night. He goes, but sees that the newsroom is in a fever. Colleagues call an ambulance. On the wall hangs a model on the front page with the title: “US plane crashed in Trun, 17 died in the fiery hell.” Dancho was immediately enthusiastic. He told his colleagues that he would pick up a company car tomorrow morning and drive to the scene of the tragedy. In response, he received remarks such as: “What kind of a journalist are you? The real reporter must immediately go to the incident, that by morning everything will be over.”

And so at 10 pm Dancho called the then editor-in-chief of “Duma” Vyacheslav Tunev and arrange a car. They literally woke up the photojournalist Mitko Viktorov and left for Trun at midnight. They find themselves in the city at 2 at night. Thorn is as dark as a cemetery. No life. Finally they see a light – it turns out to be the local police station. They go inside to ask where the tragedy is, but the policeman looks at them puzzled. “Are you normal?” He asks anxiously. Finally, he takes a driver’s alcohol sample to check on these strange birds. Yes, all this turned out to be a huge lie. 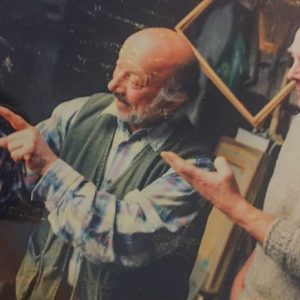 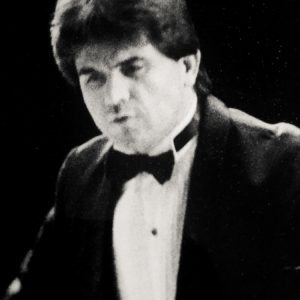 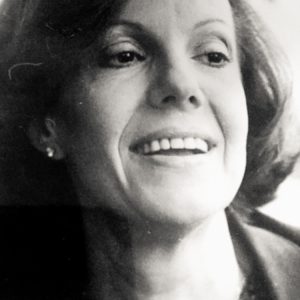 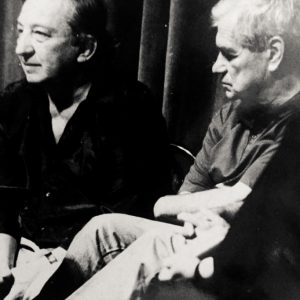 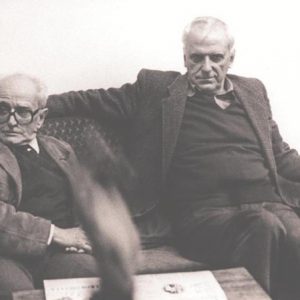 A coincidence changes his last name

The more observant probably noticed that the full name of the photographer is Dimitar Viktorov Georgiev. A simple coincidence of names forces him to replace his surname with his father’s name. The reason for this is that at the time when he began his photographic career, the name Dimitar Georgiev was well known. His namesake is a university professor. The coincidence of the names leads to errors in the payment of the photographer’s fees. This is the reason why he is remembered by his father’s name.

We will be grateful to everyone who is ready to join the initiative of Photoworld Club to preserve the Bulgarian photographic memory and I will look forward to your memories and photos by email: anton@photoworld.bg