On the tops with Boris Tuechki

Some time ago I told you about the avid lover of the Bulgarian mountains Nikola Mironski . Today I will meet you with another climber, photographer and longtime member of the Bulgarian Photo Club. His name is Boris Tuechki / 1930 – 2018 /. He has climbed many mountain peaks, including in Europe and Asia. I learned about it from the information published in Facebook page of Bulgarian photo club . This time we will talk less about photography, but despite this fact, I believe that this is not a reason not to preserve the memory of the photographer.

Boris Tuechki was born in the village of Yarlovo, located at the southern foot of Vitosha. He graduated from the Electrical Engineering College in Sofia. He worked as a designer in Glavproekt – Sofia. He was also the technical head of the brigade responsible for the electrical equipment during the construction of Units 5 and 6 of Kozloduy NPP. He is a member of the National Association of Stenographers. At the age of 23 he began to work as an amateur photographer, and in 1961 he joined the Bulgarian Photo Club. He has participated and received awards in national and international photo exhibitions. He successfully combines this hobby with the other – mountaineering, which he started when he was 30 years old. He has climbed peaks in the Himalayas, the Alps, the Pamirs and the Caucasus. For many years he was chairman of the Alpine Club “Aleko” – Sofia. He was awarded all the honors of the Bulgarian Tourist Union. In the last years before his death he was the leader of the pilgrimage route “Rila Miracle Worker”. This is the road from Sofia to the Rila Monastery, on which in 1469 the relics of St. Ivan Rilski have been transferred .

Boris Tuechki has climbed many mountain peaks. what he defines as his own is the best achievement is climbing Mount Ararat in Turkey in 1974 with six other climbers from Alpine Club “Aleko”. Tuechki is one of the four Bulgarians in the group who conquered the five thousandth, known for the legend of Noah’s Ark. Here is what he himself said in an interview with BNR: “The feeling of being among the first Bulgarians to set foot on the five-thousandth is great, because we had almost no information about it. In the past it was not climbed by Bulgarians and therefore it was even more interesting. In addition, we chose a route that has not been used so far by other climbers.

Ten years later he joined the Bulgarian expedition to Everest. It was then that for the first time the highest peak on the planet was climbed by a Bulgarian. Hristo Prodanov does this alone and without oxygen, remaining forever in his icy embrace. Then Boris Tuechki was only an assistant on the main ascent. Here is what he remembers from then in the same interview: “I was not actually in the group of the expedition. There were younger people there. But another climber and I decided to go and help and joined a little later. Exactly on the day we arrived, Hristo Prodanov was climbing the top and was a great joy, enthusiasm. Because he did not carry the Bulgarian flag, he tore off a piece of the Soviet flag left by a previous expedition. When he goes down, it’s already 6 o’clock. Previously, to relieve himself, he left his backpack down. On the way back it does not reach her. It gets dark and he is forced to spend the night somewhere. Then you know what happened. As a climber, Hristo Prodanov was the best among us. ” 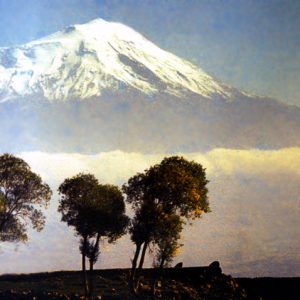 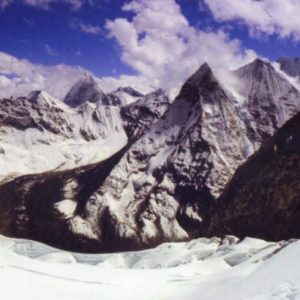 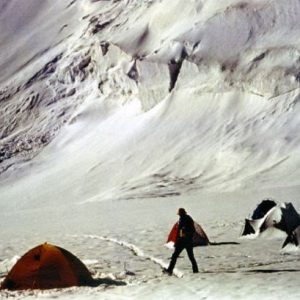 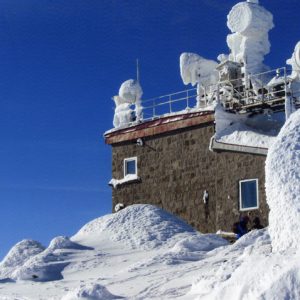 Boris Tuechki presents his last exhibition on April 13, 2018 at the National Community Center “Slavyanska Beseda”. In it he collects 185 photos from visits to the highest parts of the world. The shots are from the Bulgarian mountains, as well as from all the important climbs mentioned above. From the expedition to Everest alone, he returned with over 1,000 frames. One of them became the cover of a book dedicated to this event in the Bulgarian history. In his interview he talks about the beginning of his photographic passion: “I became passionate about photography in the barracks. I had found a camera with which I took pictures and after I resigned I enrolled in the Bulgarian Photo Club, where I took a course in art photography with Asen Kemilev.” He uses two cameras – one with negatives and one with slides. He shot with Zenit, then with Praktika and initially gave the films and photos for development, but later he made his own photo studio in the toilet of his apartment.

We will be grateful to anyone who is ready to join the initiative of the Photoworld Club to preserve the Bulgarian photographic memory and I will look forward to your memories and photos by email: anton@photoworld.bg