The glass plates of Antip Obushtarov

When did you first hear the name Antip Obushtarov / 1888 – 1942 / – did you just or already know about him? I personally learned about this photographer from Alexander Ivanov’s Facebook status. Of course, I immediately sought contact with him. Thanks to his responsiveness I can tell you part of the story of the unknown master from the village of Shipka. You will learn more about it in the near future. A retrospective exhibition / will open on August 14, 2021 at the Museum of Photography in Kazanlak > with some of the found glass plates of Antip Obushtarov. It will be open for viewing until September 10, 2021. The opening date was not chosen at random. It was on this day 133 years ago that the photographer was born. In the near future, a photo album will be released, which will reveal more information about his life and work.

Antip Koev Obushtarov is a native of the village of Shipka. He is the third of six children in the family of shoemaker Koycho Shutev. There is no exact data on when he began his photographic career, but there is evidence of a nine-month specialization in Vienna in 1915. What is known for sure is that Antip Obushtarov has issued over 40 cards, as he initially carried out photographic and publishing activities. It can be assumed that these images were created in 1906. To prevent plagiarism, he engraved his name on the poster emulsion. This is his know-how, as most photographers of the time used printing. Of course, he also had his own, which he used in various cases.

Antip Obushtarov’s life is full of events suitable for a film script. He was a carpenter, inventor, artistic and musical talent and an active leftist. He participated as a regimental photographer in the Inter-Allied and the First World War. In the early 30’s he moved to Pleven, when and where life connected him with the teacher Ekaterina. Together they have three children – two sons named Alexander and a daughter. The first son died at the age of 11, and the second was born 6 months after the death of his father. Antip died in Pleven at the age of 54.

Shipka through the eyes of Antip Obushtarov

Until the early 1930s, Antip photographed life in the village of Shipka. At that time he was probably the only photographer in this village. It is a curious fact that Obushtarov did not have a personal studio, but only a room for displaying the plaques, located under the stairs of his native house. It itself is close to today’s Ethnographic Museum. In fact, he prefers to shoot all over the village and its surroundings. We can assume that he does this with several different cameras. In some of the photos you can see the briefcase for his equipment.

The portraits and general photos he creates have as a background the area of ​​the monastery, the school, the post office, the seminary and even the homes of the photographers. He also makes many photo reports on rural life – in the fields, in the rose factory, in the pub and in nature. The footage is an invaluable testimony to the then Shipka families with their style of dress and livelihood, sending soldiers to the front, weddings, funerals and views from the streets of the city. Document the activities of many organizations from that time. Among them are the companies “Zora”, “Bratstvo”, “Bistra Voditsa”, “Esperanto”, “Afforestation in Shipka”, “Young people participate in the construction of the monument on the peak” St. Nicholas “. In May 1925 he was forced to make the most difficult shots in his life – to photograph the corpses of his murdered relatives (mother, sister, son-in-law and close friend).

In the mid-90s, the heirs of Antip’s little brother donated over 500 glass plaques to the Ethnographic Museum “Chirpanlieva House” – Shipka. The then curator of the museum Gina Hadjieva accepted the donation. Their condition is not good at all, due to the fact that they have been standing under the stairs in the photographer’s home for almost 75 years. The lack of technical and financial capacity at that time was an occasion for them to remain unseen in the museum for another 25 years. The plates are 10/15, 13/18 and 18/24 cm in size.

Today, they can be seen in a way that the author fully deserves. Alexander Ivanov took the work on the project to heart and agreed to be the compiler of the exhibition and the album. Victor Gerasimov is in charge of the scan. Numerous family photos have been received from the heirs of the Antipo Brothers, and private collectors have sent dozens of cards. 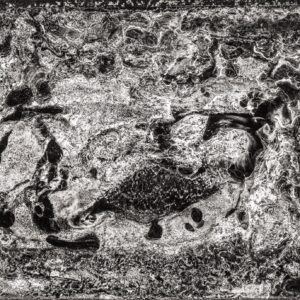 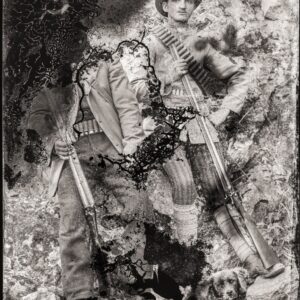 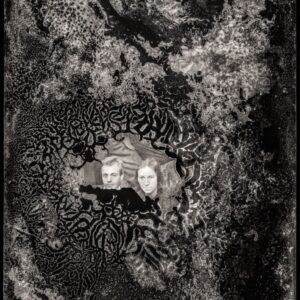 Here is what Alexander Ivanov says about the emotion after the first meeting with the glass plates of Antip Obushtarov: “I was personally surprised because I did not expect to find such an archive a few kilometers from my home village. For me, the life and work of Antip are very close, because he has an exceptional attitude towards his countrymen. I do not think it is right to restore plaques and make them what they are not. Perhaps these defeats in 100 years are that good intervention of time on the work of Antipas. Some of the plaques seem to have selectively erased some objects and highlighted others. “

Some time ago, the Chirpanlieva House Ethnographic Museum applied for funding under the “Preservation and Promotion of Cultural Heritage” program, but after refusing, the team set out to raise the necessary funding for the exhibition and the publication of an album – a monograph. Petya Golemanova, who lives in France and was born in Kazanlak, is writing the monograph. We invite everyone who wishes to get involved with a donation, through which the museum will co-finance its goals set out in the unapproved project. These also include:

Here you will find the current information about the funds and donations collected so far .

We will be grateful to everyone who is ready to join the initiative of the Photoworld Club to preserve the Bulgarian photographic memory and I will look forward to your memories and photos by email: anton@photoworld.bg