My curiosity about the name of Panayot Burnev / 1933 – 2016 / arose during the presentation of the Bulgarian platform for found and donated photography “ Bulgarian Visual Archive a > “. Then Tihomir Stoyanov told about the donation made by the photographer’s daughter – Milena Nikolova. After reviewing the more than 500 shots uploaded to the BVA, which I later realized were a small part of the entire work, I was sure that in the near future I will tell about the life and work of this photographer.

This time has come and after talking to Tihomir and Milena I think that what I will present to you is as close as possible to my idea of ​​a full creative portrait. Moreover – in the book of Petar Boev we find that as an author Panayot Burnev is accused of being a little productive, in fact, a large part of his photographic projects have remained hidden from professional and amateur eyes. Working on this text raised in me the question of the amount of hidden photography that each of us takes, but never shows. From a photographic point of view, it may not present us in the light we want, but at the same time it could be useful to historians or other specialists in the future. Think about it, and enjoy reading.

Panayot Burnev was born in Svishtov, but from an early age (1936-37) he moved with his parents in the center of Sofia – in an apartment on Slaveykov Square. Before the war he began to study in a German primary school with intensive study of this mass language at that time. He continued his secondary education at the First Men’s High School, after which he enrolled at Sofia University, majoring in Mathematics. He has been in love with photography since his student years. He is an active member of the Bulgarian Photo Club and is a very close friend of Petar Boev .

After graduation he started working as a head of a color laboratory at Bulgarian Photography. He then moved to the photo department of the Boyana Feature Film Studio and retired as its director. In the early 1970s, probably due to official requirements, he enrolled part-time at the University of Graphic Arts and Design in Leipzig, which he completed in a semester (he may have graduated, but we could not find such proof). He later translated books related to photography from German. At the same time he is an author, and some of the published titles are: “Furniture in the dark room”, “How to take color photos” and “Portrait photography”.

Panayot Burnev was a technician. He has developed or modified tools to help him not only in photography. He created the laboratory for the development of narrow films and made a valuable contribution to the implementation of color photography technology. Among his other hobbies we find diving, mountaineering and skiing.

After the photographer’s death, Milena returned to the apartment her father had lived in since arriving in Sofia. It takes her two years to examine carefully all the artifacts that have been accumulated over the generations. Thus she reached the many boxes in which all the works of Panayot Burnev and other important documents were collected, which he stored diligently. In the home laboratory were also found sets for collecting subtitles, homemade projects for calendars, photo books (including those translated by him), as well as a model of a book, which is probably the personal diploma project of his education in Leipzig, entitled “The sea, the forest and the people ”.

The huge volume of the photographic archive makes Milena seek professional help to study the contents of the 15 boxes of negatives. All of them are only numbered by code descriptions, which the author liked to apply. So one day Milena came across an interview with Tihomir in the weekly “Capital” and decided to contact him. From my conversations with them, I learned that in the future there will be work on an exhibition and a book related to the work of the photographer. 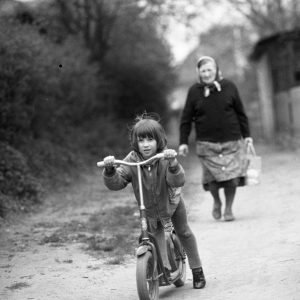 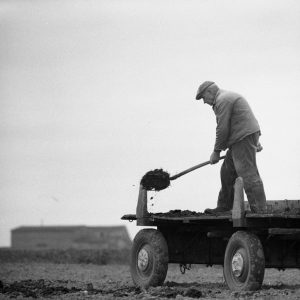 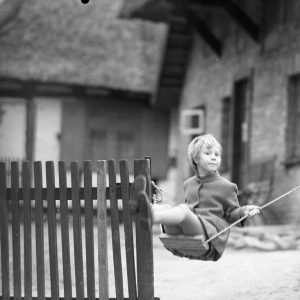 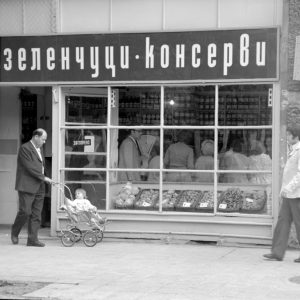 To document a film making

As part of the photo department of the Boyana Feature Film Studio, Panayot Burnev’s task is to document the production of the filmed productions. The shots include not only scenes from themselves, but also portraits of the artists or moments of rest and travel of the whole team. Thanks to this we witness the construction of sets, mass scenes from famous movies shot from different angles or a famous actor at a time of rest. In one of the boxes, negative plaques with portrait photos of native actors from the 60s and 70s were separated. 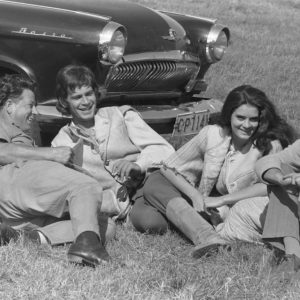 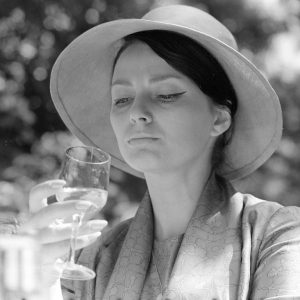 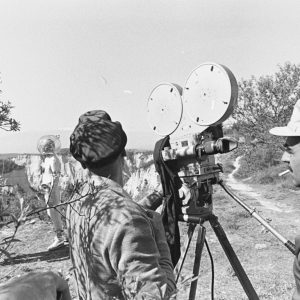 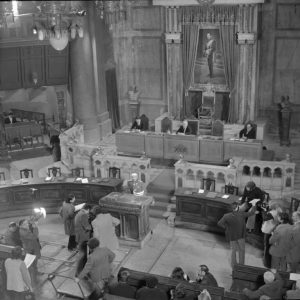 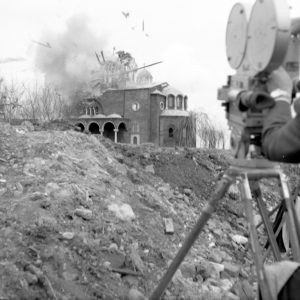 One of the things that impresses in the archive of Panayot Burnev is the huge number of photos from Sofia. Through them we can explore our capital and visit places that no longer exist or are very different. The shots are part of a large-scale and unrealized project in which to photograph the architectural monuments of the city and the changes taking place. Thanks to his curiosity we can trace the development of the area around Central Station, the collapse of the former Sofia Library, the renovation of Slaveykov Square from the time when there was a street in front of the French Cultural Institute and even the removal of bricks from the former Writers’ Cafe. (author’s note : near The Russian Church).

In a book about Sofia, Burnev notes a text from a newspaper from the 1920s, commenting on urban planning, which does not take into account the runoff of water in the rain, the transformation of Solunska street into a river, and Slaveykov square – in a swamp and the need for citizens to trample with rubber boots. This can only lead us to think that the growth and renovation of the Bulgarian capital leads to similar thoughts, both in the past and in the present century. Some of these Sofia shots, taken according to a specific approach, become part of a photographic exhibition dedicated to Sofia. 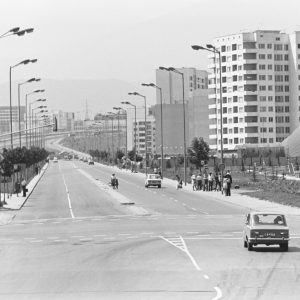 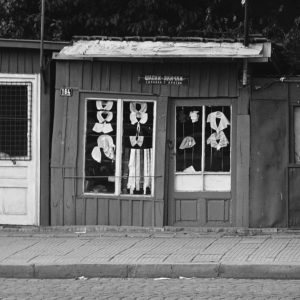 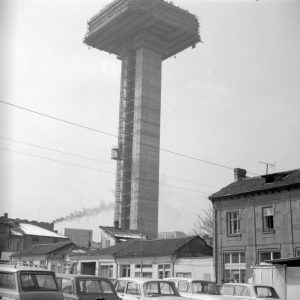 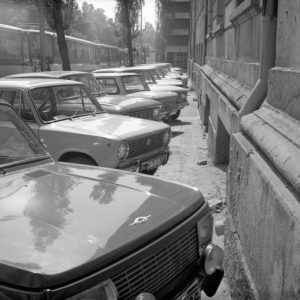 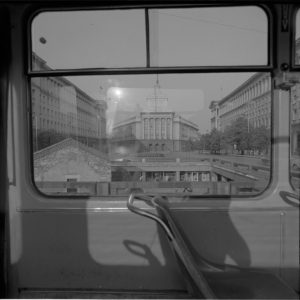 Memories from the summer Universiade

The archive contains a large series of footage from the 1977 Summer Universiade in Sofia. The probable reason is Burnev’s wife, who was an active basketball player until they met. She participated in the Universiade in 1961, when the Universiade Hall itself opened. At her initiative, the family attended many sporting events and from there dictated the photographer’s interest in capturing them. 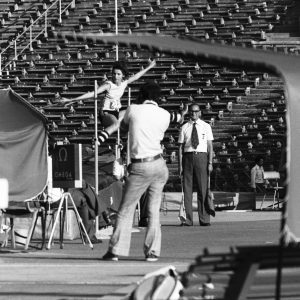 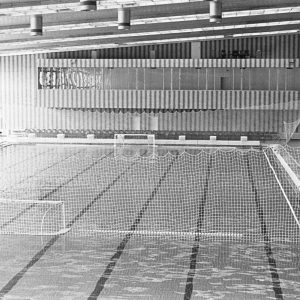 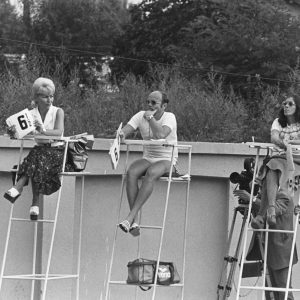 The love for nature is expressed through many abstract shots. In them Panayot Burnev photographed characteristic details: the crest of a sea wave, a branch of a tree, a flower sprouting on a cut log, silhouettes of reeds and others. In combination with his other favorite hobbies, he had the opportunity to experiment to the maximum. 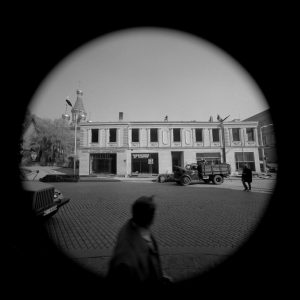 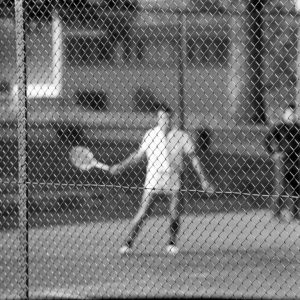 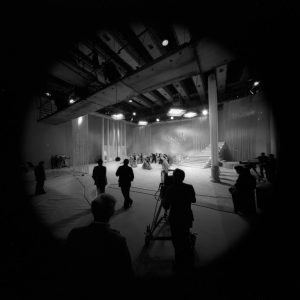 This is only a part of the archive of Panayot Burnev. I am sure that there are more curious details that will one day see the light of day. From my conversation with Tihomir, I became convinced of how labor-intensive and time-consuming what he is doing. At the same time, the pleasant surprise of discovering times gone by that we have not witnessed makes you feel motivated to look for more and more. If what I have chosen to show here is not enough for you, you can see what is digitized and uploaded so far on the page of Bulgarian Visual Archive .

We will be grateful to anyone who is ready to join the initiative of the Photoworld to preserve the Bulgarian photographic memory and I will look forward to your memories and photos by email: anton@photoworld.bg